The first Firefly Distillery, just 30 minutes outside of Charleston, SC. was the birthplace of Firefly Spirits. It is where the founders, Jim Irvin and Scott Newitt, came up with the crazy idea to build a distillery in the ‘middle of nowhere,’ and make the world’s first Sweet Tea Vodka. That crazy idea was a destination known for its genuine southern hospitality, fine quality spirits and innovation. Though we have since moved on from that location, we’re still making quality spirits and great experiences at our new distillery.

We are still located in South Carolina at 4201 Spruill Ave., North Charleston.

At the distillery, you will meet the ‘Firefly family’ and you can sample an array of fine spirits and get a taste of their southern hospitality at its best.

We named our distillery Firefly because Fireflies are magical. We remember catching them in mason jars and we love that feeling of mystery and southern nostalgia

Firefly Distillery was founded by Jim Irvin & Scott Newitt. Jim is a scientist. Scott is a visionary. Jim had a winery. Scott was in the wine business. That’s how they met, became friends and soon realized they both shared a crazy idea to build a distillery; something that proved to be much easier said than done.

Let’s just change the laws so we can do this right!

It’s all legal and it always has been at Firefly. As the company was being formed, Jim and Scott wanted to avoid expensive licensing fees, not to mention confrontations with “The Law.” So they did their own lobbying and got a bill passed into state law that made it affordable and legal to distill, sample and purchase bottled spirits at a distillery in South Carolina.* This historic event opened the opportunity for Firefly to establish their homeplace distillery and grow Firefly into a nationally recognized all-American spirit brand.

Why buy something you can make yourself?”

Scott & Jim did not have a big budget to buy a still so they built their own from scratch. It was a 55 gallon stainless steel tank on top of a propane burner that is now on display in their Tasting Room. They got it fired up and began distilling. First they made Muscadine vodka, distilled from Jim’s grapes. Scott tells it, “We started with the grapes and we made grappa. But grappa tastes like grappa and I had to sell the stuff so we wanted to come up with something else. Then we made The Original Firefly Sweet Tea Vodka, which is now our flagship brand.

In order to keep up with popular demand, Firefly products that are sold outside of South Carolina are made at our sister distilleries in Kentucky.

Jim is in charge of what goes inside the bottle. He is a Vanderbilt University Chemistry and Biology graduate. You’ll taste Jim’s commitment to handcrafted perfection in every sip. Jim is always mixing up something special in the lab and he lives right on the property with his wife Ann and their dog, Harry Potter. When Jim is not in the lab or working in the vineyard, you might find him in the Bahamas where he and Ann just built the Firefly Sunset Resort in Hope Town, Abacos, the Bahamas. Through and through, Jim is a Firefly “island kinda guy.” Always busy yet laid back, Jim is a southern gentleman. He says, “We couldn’t be more pleased with the compliments we get. Y’all keep drinking it and we’ll keep making it!” Jim drinks his Firefly Moonshine “out of the jar.”

Scott’s nickname is “The Firefly Guy” and he is in charge of what goes on outside of the bottle. Born in Texas but raised in Louisiana’s Honey Island Swamp, Scott is an LSU graduate, very proud of his southern heritage, and committed to delivering his idea of southern hospitality across the country.

Scott can frequently be found on the road sharing his Firefly passion with consumers, bartenders and retailers. He loves to hunt and fish but mostly, he likes meeting Firefly fans and mixing up his favorite cocktails for tailgates, barbecues, live music events and really just any old reason. Scott lives in Mount Pleasant, South Carolina with his wife Trish, and their three kids—Drew, Peter, and Patsy. In his spare time, which there isn’t much of these days, he plays drums in the 17 South Bluegrass Band and practices at his music studio, Firefly Records. “It’s great to see folks from all over embracing this Southern spirit,” said Scott. He also enjoys Firefly Moonshine “out of the jar.”

Nestled amongst live oaks and Spanish moss, a stones throw from the beautiful Noisette Creek, sits the newly built Firefly Distillery. Located near Park Circle in North Charleston, Firefly is just up the road from downtown Charleston, SC. 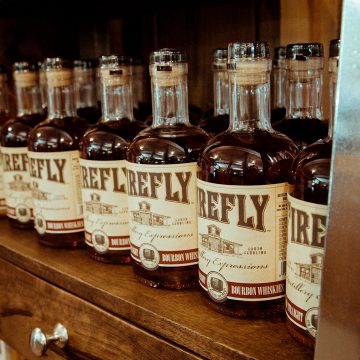 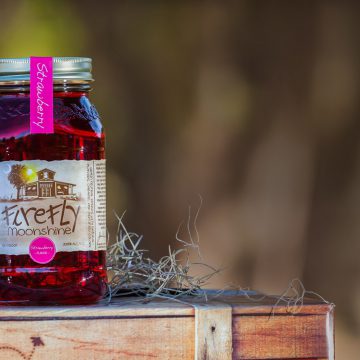 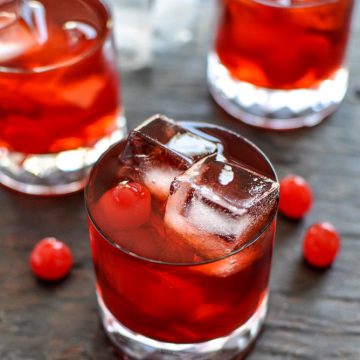 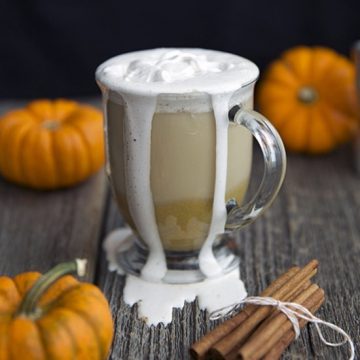